The Numbers Machine
The game that combines arcade and mental calculation now has a multiplayer game mode
Rennes, France - Tuesday, December 2, 2014AndroidMath Game
Players can now confront each other in battles of numbers, on the same device or via internet. Each week, players from around the world can compete on a new mathematical formula. 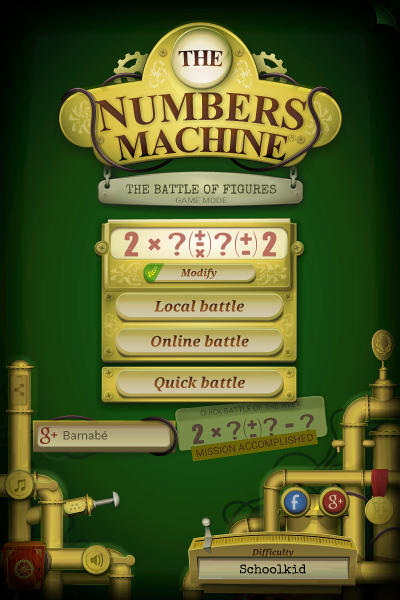 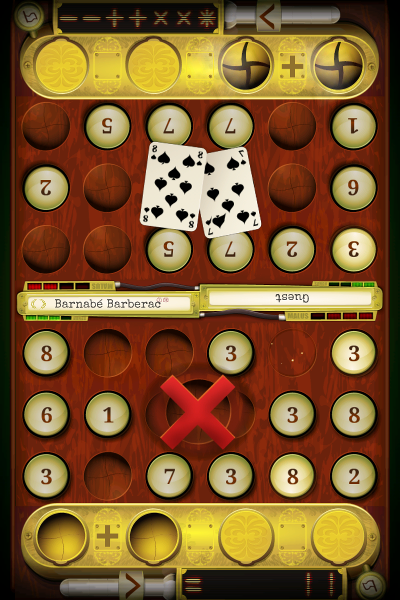 Combo found, one of the slots of the adversary has been blocked 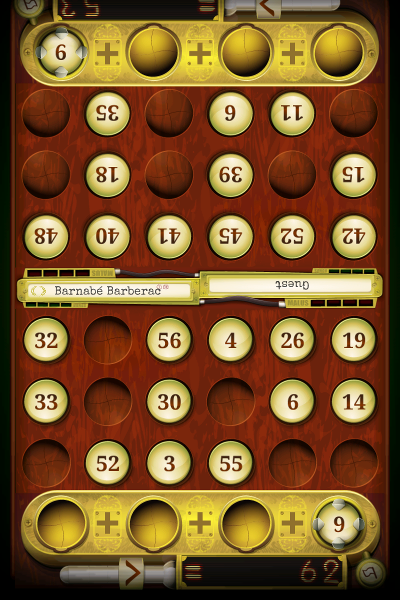 And you, are you a math genius?
In addition to the single player mode that allows to confront the challenge of 75 levels proposed by the machine, players can now compete with other competitors.In multiplayer mode, the player has won the battle when his opponent has no more free slot on the game board.To do this, he must select balls that can be incorporated into the formula as quickly as possible. If the expected result is found, the balls are sent to the board of the opponent.A combo system allows players to earn bonuses, for example, block a slot on the opponent's board.Each week, a new formula is available for the game mode "Quick Battle". This game mode allows to compete with other players playing at the same time.There are 5 levels of difficulty, from the schoolchild level to that math genius. This allows the player to adapt the game to their abilities in mental arithmetic.With the technology developed in-house, the graphics are calculated specifically during installation on each terminal, in order to have optimal graphics quality for each screen resolution (SD, HD, 4K or any future format).The Numbers Machine is available on Google Play for free with advertising or a premium access without advertising and additional features (single in-app purchase of 2.99 €($ 2.99 )).

For more information, including photos,videos and screenshots of the game, visit the website : https://www.drazbedel.com.

Drazbedel is an independent French development studio based in Rennes. It was founded in 2013.
The Numbers Machine : Multiplayer Gameplay (54s)
If you like further information on The Numbers Machine or you would like to schedule an interview, please contact :
Damien GIROUX
Phone : +(33) 9 53 96 02 94
Email : press@drazbedel.com
Google+ : https://plus.google.com/+DamienGiroux
Facebook : https://www.facebook.com/damien.giroux35
Twitter : https://twitter.com/DamienGiroux
To download the game (Google Play) : https://goo.gl/nlbaL8Video : http://youtu.be/V8Dg3B37IqYPress kit : https://www.drazbedel.com/p/en/press-kit