The Numbers Machine
A game that combines arcade game and mental calculation, now available on Google Play
Rennes, France - Wednesday, April 30, 2014AndroidMath Game
Available today, The Numbers Machine game is a math game in which the objective is for the player to solve mathematical challenges proposed by Professor Barberac during the Universal Exhibition of 1889. 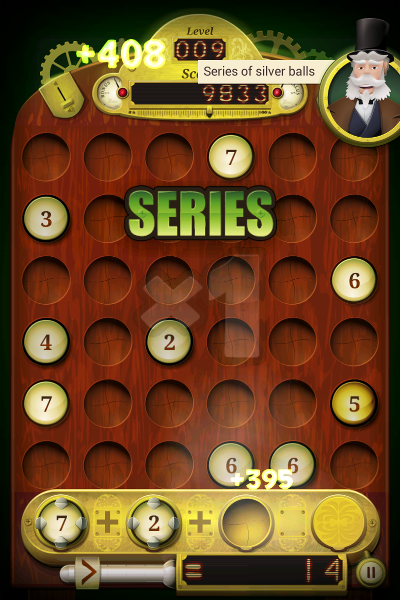 A game of mathematical thinking 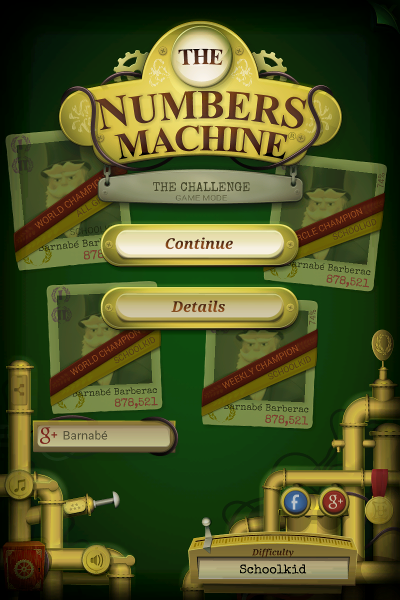 Confront your score compared to other players 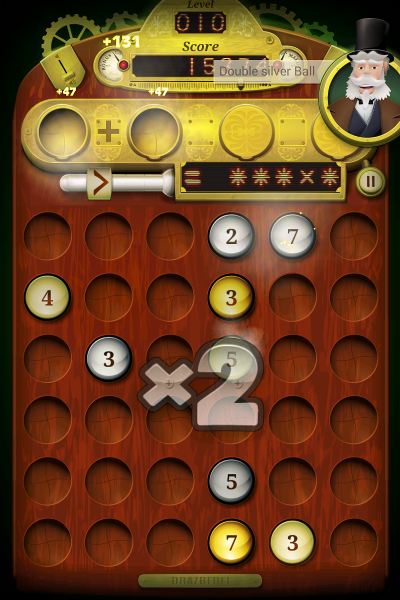 The Numbers Machine : the math game 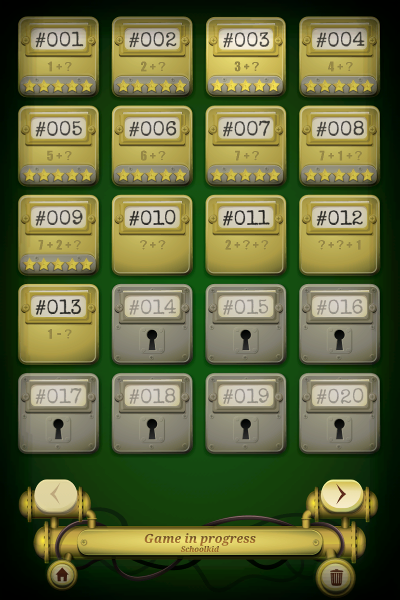 75 levels of play to challenge the professor Barberac
The player must solve formula proposed by the Professor's machine to progress in each of the 75 levels.For that he must select the appropriate numbers and operators to find the value requested by the machine.A scoring system reward the end of each level. Calculation speed and use of combos is highly recommended to get the maximum of 5 stars.The player in addition to obtaining the maximum star can compare his score with other players around the world and get the title of world champion.75 levels are available in 5 levels of difficulty for schoolchild player to math genius.The game manages the cloud save, it is possible to play and keep his progress on several devices.With the technology developed in-house, the graphics are calculated specifically during installation on each terminal, in order to have optimal graphics quality for each screen resolution (SD, HD, 4K or any future format).The Numbers Machine is available on Google Play for free with advertising or a premium access without advertising and additional features (single in-app purchase of 2.99 €($ 2.99 )).

For more information, including photos,videos and screenshots of the game, visit the website : https://www.drazbedel.com.

Drazbedel is an independent French development studio based in Rennes. It was founded in 2013.
The Numbers Machine : Trailer (55s)
If you like further information on The Numbers Machine or you would like to schedule an interview, please contact :
Damien GIROUX
Phone : +(33) 9 53 96 02 94
Email : press@drazbedel.com
Google+ : https://plus.google.com/+DamienGiroux
Facebook : https://www.facebook.com/damien.giroux35
Twitter : https://twitter.com/DamienGiroux
To download the game (Google Play) : https://goo.gl/nlbaL8Video : http://youtu.be/nzgNWssISKsPress kit : https://www.drazbedel.com/p/en/press-kit